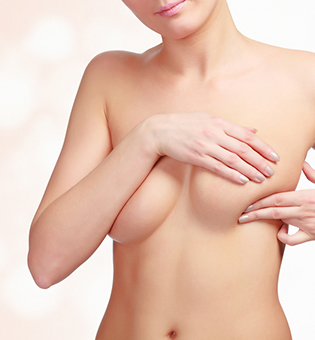 During a skin and nipple preserving mastectomy, the incision is made in the inframammary crease or lateral to the areola. The breast is then removed beneath the areola, as close to the skin as possible to ensure all breast tissue and potentially cancerous cells are removed. The original cancer should be a minimum of two centimeters away from the areola margin. Patients whose breast cancer affects their nipple are not candidates for this procedure.

This procedure is usually performed under general anesthesia in an outpatient setting. In most circumstances patients may choose to undergo breast reconstruction during the same procedure in order to reduce the risks of additional surgery and to be able to wake up from surgery with a new breast mound. Reconstruction may include the placement of an implant or an autologous flap taken from the abdomen or back. The flaps, referred to as TRAM, DIEP and latissimus flaps, are used to reconstruct the breast.